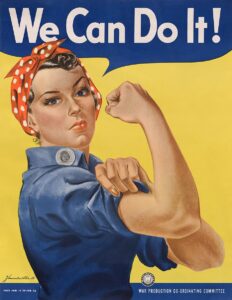 When deciding what startups to back, investors would be smart to consider female-led companies. Research shows that startups with female founders consistently outperform those led solely by men, generating higher profits and higher returns on investment.

A study by BCG and MassChallenge found that female-led businesses generated 12% higher revenues annually, using an average of a third less capital than male-led startups. Per dollar of investment, startups founded by women generated 78 cents, while male-founded startups generated only 31 cents – less than half.

Research conducted by Bain & Company, Google, and AWE Foundation into women entrepreneurs and business owners in India observed that female-led startups were quicker to adapt and more solution-focused, and that women leaders were better at multitasking. These are vital abilities for any startup but even more critical during the COVID-19 pandemic, when many businesses were forced to pivot.

Despite this, only just over a fifth (22%) of Australian-registered startups are all-women led, and this number has risen by just three percent in 20 years. There’s also a massive investment gap. Female founders face significant challenges in getting access to funds, and receive far less investment than male founders.

The BCG/MassChallenge study calculated that startups founded by women averaged $935,000 in funding, less than half the average $2.1 million invested in companies founded by male entrepreneurs. Data from M&A, private equity and PitchBook found that female entrepreneurs receive only about 2% of all venture funding.

So what are the reasons for this huge gap? Why aren’t female founders managing to attract as much investment as male founders?

Why female entrepreneurs get sidelined

Reasons given by investors suggest that women are more conservative in their projections and simply ask for less. As VCs generally expect to lose money on the majority of their investments, banking on a couple of “home runs”, they may be more attracted by bolder, even if less feasible, projections.

Another issue is that when women start a business based on personal experience, they can struggle to get male investors to see the potential value. Men are by far the dominant gender in the investment community, representing around 90% of VC partners and decision-makers, according to Crunchbase.

This bias was found in both male and female VCs. The difference in questioning resulted in a huge funding disparity: “for every additional prevention question asked of an entrepreneur, the startup raised a staggering $3.8 million less, on average”.

The Federal Government is trying to support female entrepreneurs by allocating $52 million in funding through the Boosting Female Founders initiative.

The aim is to “help female entrepreneurs overcome the disadvantages faced in getting access to finance and support to grow their startups”.

The program provides grants of up to $400,000 on a co-contribution basis to startups that are majority owned and led by women. There’s also extra support available to women in underrepresented groups, such as migrants, indigenous women, those with disabilities, and those living in remote and rural areas.

With spectacular recent successes like Canva, not to mention successful Australian brands such as Boost Juice, Baker’s Delight, Sussan and OzHarvest, it’s disappointing that investors are still giving female founders the cold shoulder.

But those that do embrace female entrepreneurship are reaping the rewards.

First Round has seen the female-founded companies it backed perform 63% higher than its investments with all-male founding teams.

The government’s Boosting Female Founders program, coupled with the recent Federal Budget allocations for women, should lead to a plethora of innovative and profitable startups. There will be exciting opportunities for investors.

For example, one of the startups that  raised money on VentureCrowd is digital health company, Cardihab, which exists to help patients reach optimal health when at risk of, or living with, heart disease.

Cardihab is run by female founder Helen Souris, which has already attracted several notable shareholders including the CSIRO and Uniseed. Souris is an outstanding example of a female founder, who has successfully led other multinational and Australian startups. We hope to see many others replicate her success.

this article was first published by StartupDaily

This site uses Akismet to reduce spam. Learn how your comment data is processed.