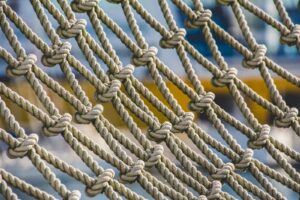 The exponential growth of Big Data has surpassed the point where traditional databases can manage it. Information isn’t only growing in volume but in complexity. Businesses are building vast repositories of data on their operations and their customers, with each entity having multiple points and layers of information. The problem is how to store, process and analyse this data in a meaningful and timely way.

Many organisations across Asia are now turning to graph data science to store data and generate insights. Accelerated demand is coming from a wide range of industries, including financial services, travel, retail, public sector and healthcare organisations wanting to solve complex problems.

Representing today’s customer databases in a two-dimensional table or spreadsheet is a very limited approach. Data can be stored and queried, but finding patterns among thousands of rows and cells isn’t an easy or immediate process. It’s extremely hard to connect different areas of data: for example not just who a customer is, but what they bought, how they bought, where they bought and why they bought.

Graph data science leverages the connections and relationships between billions and even trillions of data points. It lets the connected data “speak for itself”, such as running and unsupervised method of graph algorithm to find the signal in the noise. With a customer database it could show how the community of customers interacts, which could be useful information for segmentation.

For example, Singapore’s Starhub has used graphs to bundle products and services to maximise value, building a unified database of every product and service with its rules and relationships to ensure that appropriate services are bundled. Having a graph database has made it much easier for StarHub to manage its commercial product line hierarchy.

In another example, a major Japanese auto-manufacturer cut time to market for new vehicles by creating a knowledge graph for testing data. Engineers from diverse domains had been conducting tests differently and storing the test data in a variety of formats using different tools. This led to inconsistent, siloed data, which was useless to other teams. The knowledge graph instead connected all product validation life cycle data and allowed for enterprise-wide integration of domains and functions, defining key metadata such as test types, measurement characteristics, and measurement conditions. Well-defined semantics for tests, subtests and measurements that enabled engineers to communicate across domains and platforms.

A predictive, not reactive approach

In highly competitive industries in Asia, organisations need to stay one step ahead. For example, financial institutions typically address fraud when it has already happened. With graph data science, the suspicious connections between individuals and entities become visible and allow for much earlier intervention. A knowledge graph can identify chains and rings of linked individuals, scoring the quality, quantity and distance of one party’s relationships with suspicious entities.

When one fraud ring is identified, a similarity algorithm can also be used to identify other potential fraud rings across data. Once the kinds of patterns that predict a certain outcome are known, they can be used to generate much more accurate predictions in future.

One national finance ministry is using graph data science to map around 150,000 people, companies and documents, as well as approximately 750,000 relationships between these entities. If suspicious transactions are detected, the case is analysed together with all relevant information and documents in the graph. Instead of taking a superficial look at relationships, legal experts can also uncover relationships only apparent at the second or third level.

One of the biggest disruptions in the past couple of years has been to supply chains – an issue intensely felt across many Asian ports such as Singapore, Shanghai and Hong Kong that act as major global hubs and transit points for goods travelling around the globe. Unravelling the extremely complex web of routes and participants to try to re-route tens of thousands of container ships crossing the oceans every day has been an immensely challenging task.

By nature, supply chain management is dynamic with many moving parts, and bottlenecks potentially occurring at any given point. But the volume and detail of data generated by traditional databases lack real-time, accurate information processing capabilities. To put it in perspective: ExxonMobil has even been trialling quantum computing to solve routing formulations since the scale of the equation is too large for classical computers to handle.

But knowledge graphs are adept at mapping complex, inter-connected supply chains, and maintaining high performance even with vast volumes of data. Having an inherently relationship-centric approach makes them able to better manage, read and visualise their data. A graph database typically demonstrates 100 times faster query response speeds in contrast to a traditional SQL database.

Graph data science holds immense potential for organisations across Asia. Representing nearly 60 per cent of the world’s population, Asia is not only by far the largest but also one of the fastest-growing regions. Organisations that have harnessed the potential of big data through technologies such as graph data science will rightly become world leaders in their respective sectors.

This article was first published by 300th