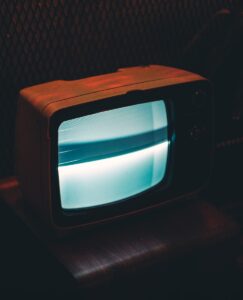 Amid the hype surrounding Netflix and Disney’s advertising launches into Australia, there are some hard realities ahead. Limited scale means they may face the same ad-stacking problems that have plagued BVOD players, opacity around measurement may curb advertisier enthusiasm and a lack of local content may prove a barrier to growth. But for the market as a whole, the new entrants’ arrival reinforces a universal truth: The best experience wins.

The arrival of Netflix ads into the Australian market in November, with Disney+ hot on its heels, will change the game for our advertising market. It’s dominated the press of late.Ultimately, watchability will be the decisive factor in who wins the next phase of the streaming wars, as platforms vie for eyeballs and attention while introducing ads into their services. They’ve led the way in customer experience and the advertising experience will be treated with the same level of care and precision.

However, while there is a lot of euphoric excitement about this next major evolution in video advertising, there are a few key considerations for brands and media buyers when thinking about long term media plans.

The first challenge is to really understand the pace of this change and the scale from day one. It’s easy to get carried away with the hype, but real change is unlikely to happen overnight. There is a lack of meaningful information around the expected audience uptake of ad funded tiers across the global streaming giants. Ad-supported services typically start with low ad loads and slowly raise those loads over time to drive growth. In the short term, this will result in a lack of scale – leading to some of the same problems which have plagued ad streaming functionality on other platforms, including repetition and a minimal number of different ads.

Paradoxically, while global streaming giants have access to the most comprehensive data sets in the industry, there is still significant opacity around exact viewing numbers for shows. The streaming giants will continue to mark their own scorecards as they transition into becoming ad-supported platforms. Getting measurement right, plus an element of third party endorsement will be a vital step into building an effective advertising offering.

While global content undoubtedly captures the attention of viewers (just look at the record breaking reception for House of the Dragon when it comes to ratings), the reality is that local content is still at the heart of Australian TV viewing. This is an area the global streaming players will need to ramp up their efforts in to be true players in the local ad market. The most effective video campaigns integrate brands across multiple touch points for consumers, across sports, lifestyle and entertainment programming.

Netflix and Disney+ advertising is the culmination of a decade-long shift in how people consume media. Today, connectivity is truly only delivered if you’re operating in a streaming environment. This is understood by Australian media players, which is why it is encouraging to see that local streaming services have become more popular and more profitable than their global counterparts.

But home ground advantage will only go so far. The real winning formula will come down to pairing the best content with the best consumer experience. As SAP’s Senior VP for Media and Entertainment Richard Whittington says: “Customer experience will be a game-changer that complements content at the high stakes table of the streaming-powered media industry.” He points to US research from Qualtrics that found consumers rank ‘ease of navigation’ (82 per cent) higher than ‘price’ (81 per cent) and ‘making the service easy to buy or cancel (75 per cent) above ‘content’ (71 per cent).

What is clear is that the viewer experience will reign supreme when it comes to cultivating audiences in Australia’s ad streaming market. There will be a delicate line to walk between building the audiences that brands want to reach, while providing effective advertiser environments – where ad formats are delivered in the right context, in the right way.

It’s going to be a great growth ride and the emerging winners will be easy to watch. The losers less so.

This article was first published by MI-3